One Gift, a Lifetime Investment.

Meet your personal financial goals while making a difference for our future.

You may be concerned about the high cost of capital gains tax with the sale of an appreciated asset. Perhaps you recently sold property and are looking for a way to save on taxes this year and plan for retirement. A charitable remainder unitrust might offer the solutions you need!
more

You are at: Planned Giving > Gift Options > Donor Stories 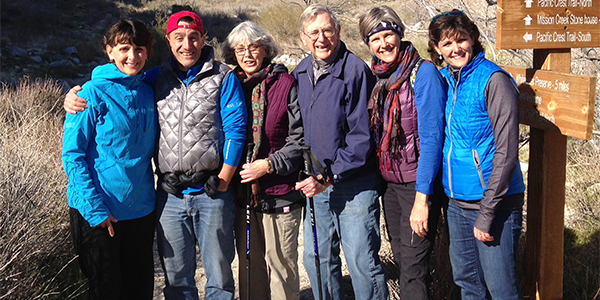 Ed Metzger V49 recalls fondly his days as a student at St. Vincent High School. He was in the band as a clarinet player and remembers playing in front of the many fans that saw St. Vincent football games at Old Forge Field or the Akron Rubber Bowl. "I remember Sr. Aloysius was our Band Director," recalls Ed. He adds, "I think they were looking for someone with some musical talent that would fill the role, and we learned direction together." Ed enjoyed his halftime shows at the Friday night football games and the great times shared with friends. He also recalls his time getting to know Sr. Monica. "Sr. Monica always made you feel included and she would always give sound advice to students." Ed recalls helping Sr. Monica and other classmates to support the after-school programs. "Sr. Monica truly made an impact on me on the importance of treating people with dignity and respect." Ed adds, "I have a lot of great memories at St. Vincent High School and it was a great foundation for learning."

Ed met his wife Lynn who grew up in Crossingville, PA, and they married in 1957 and eventually settled in Akron. Ed and Lynn carried on the Irish tradition by sending their four children to STVM. Michael VM76, Anne Metzger Kelly VM77, Barbara Metzger Hillery VM79, and Mary Metzger Croft VM82 enjoyed their time as students and he and Lynn were very happy with the high level of education they received. Ed recalled Lynn's commitment to the Parent's Club and being very devoted to the volunteer activities at the school. Ed explained, "Lynn loved her time supporting the students through the Parent's Club and staying involved in the school. She was an educator for her entire career."

Ed and Lynn Metzger have been active contributors to the growth of St. Vincent-St. Mary High School. During their time supporting the school in the late 1980's, early 1990's, former principal, Walt Klimaski, brought to Lynn and Ed's attention that other surrounding Akron based Catholic high schools were offering scholarship assistance and STVM was not at that time. "Lynn and I felt we needed to do something to support the rising costs of Catholic education." They decided to start the Metzger Family Scholarship Fund and Ed served on the first endowment board when St. Vincent-St. Mary became an independent high school. Ed recalls, "we were so impressed with people who make the financial commitment to send their children to our school."

After 58 years of marriage, Ed lost his beloved wife Lynn in 2015. However, before her passing, Lynn and Ed established a Charitable Remainder Trust and named St. Vincent-St. Mary High School as part of their estate plans. Ed continues to give back to STVM as a consistent Shamrock Society donor and provides support for other needs within the school. He visualizes three important aspects to keep STVM as a thriving institution. "You have to have financial stability, emphasize student recruitment, and maintain good teachers." Ed says. "I have been happy to have been part of St. Vincent-St. Mary all these years and I hope people to continue to stay involved with this wonderful school."

Let us help you
with your gift plans